The letter below proves that Washington (state) is not part of United States. It was sent with just four cents of postage (two two-cent stamps) and clearly marked as non-domestic (to U.S.) and without United States. 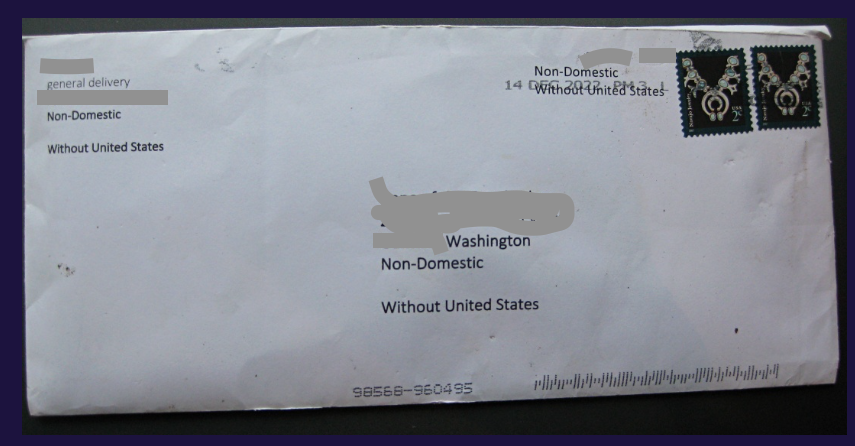 Washington is a nation-state. The USofA is an alliance of 50 nation-states. U.S. is the entity that manages the administrative affairs of USofA and manages the territories. Domestic, with respect to U.S. means Puerto Rico, DC, etc.

Learn more about the postage rules and how it helped Kris of the Kringles. We sent this letter to a donor from Buy Me a Coffee (see below).