The Waukesha Christmas Parade Killer seems to be challenging how the local authorities are prosecuting him. Judging by the criminal’s statements, they seem to prosecuting the person/persona named after him rather than the man. This would be a clear case of mass murder if they prosecuted the man.

A persona can sue another persona, meaning STATE OF WISCONSIN, a corporation, can sue DARRELL E BROOKS, its franchise.

But STATE OF WISCONSIN cannot sue Darrell of the Brooks family. And Darrell has pressed this point. He is asking for the injured party.

Looking at the case against him, it does show they are going the corporate route. Its STATE OF WISCONSIN, rather than just Wisconsin (the state). The defendant is DARRELL E BROOKS. this is the joining of the given name and family name, and the notorious middle initial. This is exactly what is on the security (social) card. 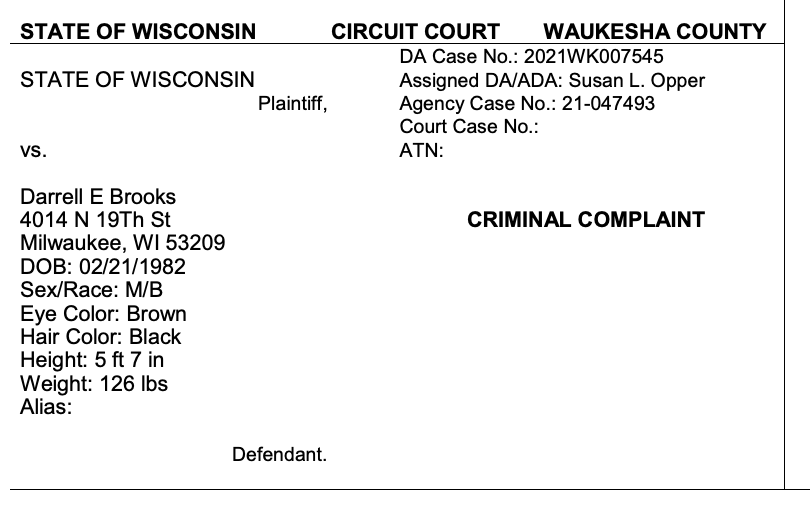 Darrell also has repeatedly objected to their ‘mistering’ where they call him Mister Brooks. This implies he is master/mister of an arrested vessel domiciled in DC over which they have jurisdiction.

Magistrate: “Mr. Brooks, do have any questions for this witness?”

Darrell: “Yes, I do and I object to being called that name for the record.”

The AntiTerrorist warned us about mistering and how we must repeatedly block this ploy. Start at the four minute mark:

Darrell also objects to being called the name. DARRELL BROOKS, which we know is the name of the corporate persona berthed soon after the baby was born. The persona is a franchise of the STATE OF WISCONSIN.

Darrel says, “Hearing and understanding is two different things.” That is exactly right. Understand means to agree, as in to have an understanding, a meeting of the minds. Start at the 10:39 mark.

The magistrate is also operating under a persona/name clearly shown on the sign in front of her with the red-flag middle initial. This name is exactly what appears on a security (social) card and this is the name of a franchise under STATE OF WISCONSIN. This court is pure commerce: 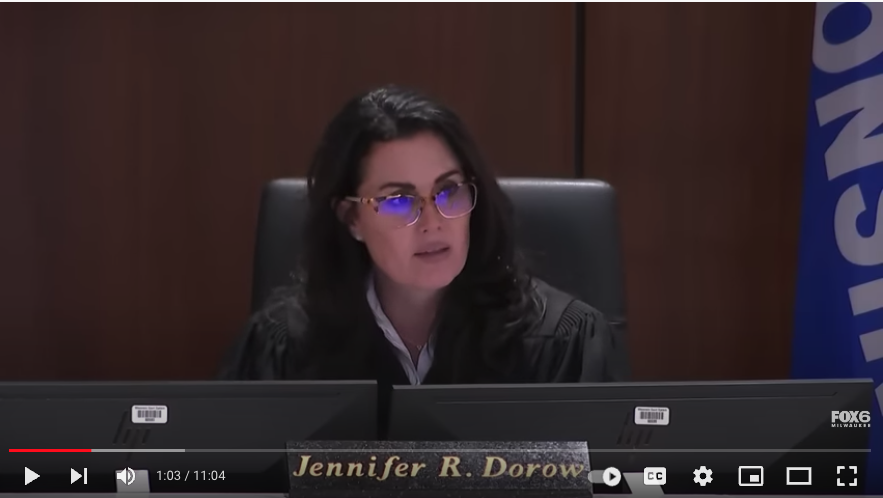 They are prosecuting the person/persona because there is more money in this approach. They can likely bill the person/persona for damages, whereas the man is likely impoverished. They are not content with simply executing him or putting him in jail. This part is not entirely clear to me; meaning the benefits. But they are not going after the man, and this man knows that.

It is absolutely horribly what this man did to the people at this parade. It is still worth observing how he navigates their courts.

Shame on this STATE corporation for putting money over punishing criminals and sticking up for the injured and murdered people.

The people harmed by this mass murderer could launch their own common law case against this man and seek the death penalty. They don’t need to wait for this corporate battle to finish.

Everyone thinks it’s only a legal criminal case or a civil case, as was the situation with the OJ Simpson incident. But there is also, in my opinion, the common law route of arguing one’s case in front of a jury of one’s peers.

We are the state. We created a government to secure our rights. If that government is asleep at the wheel, then we must step in.