Lemonade stand owner fails to rebut presumptions that she sells to the public, meaning gov’t

A lemonade stand owner, a particularly young one, was duped into believing she was selling to the public and consequently the police/policy officers, who enforce gov’t codes, stopped her for selling without a license.

The big mistake was not that she added too much sugar to the lemonade, but that she failed to rebut the presumption that she was working in the public, for the public, and/or selling to the public. 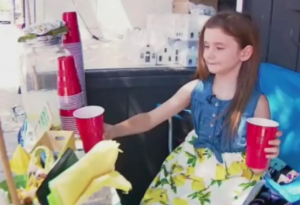 Maybe should could have asked the police/policy officers, “I would be happy to shut down, if you can prove I’m a member of the public and selling to the public.”

Always ask questions. As-king – Asking questions is the king’s role, or in this case the queen’s role.

Even if she did sell some lemonade to dehydrated government workers, she could stop selling to them (the public), and post a sign stating “Not available to gov’t workers or resident (aliens). Only serving state nationals, preferably Ohioans.”

If the police/policy officers (enforcing the code/statute) persist, one could call the peace officers (part of the same department) and have them talk it out.

Maybe lemonade stands are the way we make these points clear.

One comment on “Lemonade stand owner fails to rebut presumptions that she sells to the public, meaning gov’t”