We have more proof that United States does not technically operate within any of the union states, where it lacks jurisdiction.

United States Department of Just-ice has a team overseeing an area called ‘District of Maryland’. As Dorothy would say, “We’re not in Kansas anymore.”

Here’s a screenshot of a recent press release. Notice ‘DISTRICT OF MARYLAND’. 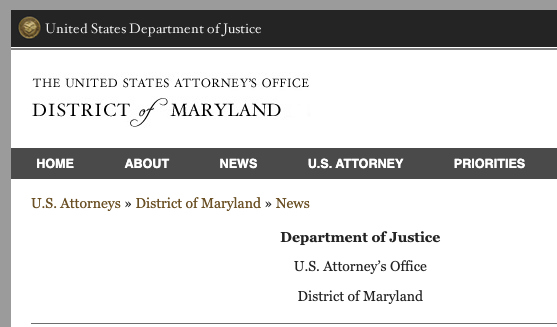 On their home page for this district, they clearly say they serve residents (resident aliens) in the state of Maryland. They don’t serve Maryland state citizens.

Though later on the same page, they do say they help citizens as well:

We are proud to serve the citizens of Maryland and devoted to enhancing the quality of life in our state. 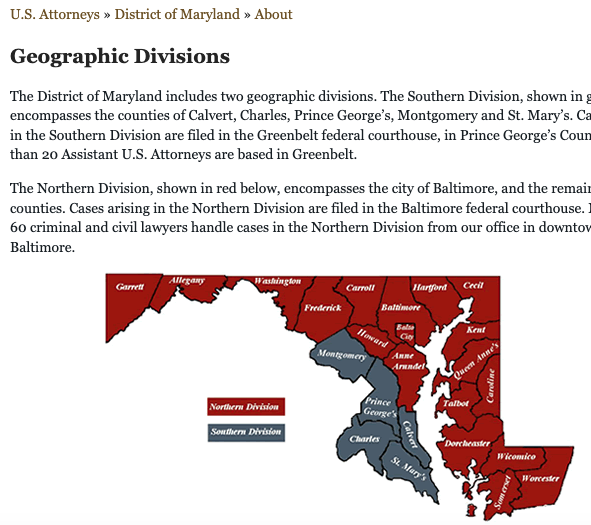