Gov’t has directions for port-pass application without social security number; must sign declaration without united states

The Dept of State of USofA has directions for people applying for a port-pass without a social security number. They write:

To whom it may concern:

As for the social

“as whatever my mom and dad did when I was not of age of majority has no bearing on my status.”

“my mom was under duress when asked to complete forms that created a person/persona or a 14th amendment citizen, with an associated social security number.”

Also note that social security numbers are customarily issued to the FIRST LAST corporate name, not to flesh and blood men and women. The name on the card joins the given and last name and is displayed in all capital letters, which signifies a corporation, not a man or woman. So did i ever receive a social? No. (The FIRST LAST name did, but that ain’t me.)

Whereas the prior port pass application was in the name of the FIRST LAST, my current application is for the living man, which is entirely different. If one is a associated with a corporate id-entity at some point, one is not bound to that id-entity in perpetuity.

Usually, a FICA number is requested and received when the State Citizen is legally a minor. There is a question of validity of such action as minors are not allowed to participate in contract, especially one that has a lifetime application. (source)

The Dept of State specifies option #1 because the social might be an employee ID number for people working in/for United States. If one does not have the social, then one obviously does not work for United States and can only use option one of the two unsworn declarations.

On the declaration, I would leave out the word ‘signature‘ (the label) but still autograph it. There is a difference between a signature (of a corporation) and an autograph (of a man); see explanation on Living in the Private. For more context, some people collect autographs, but no one collects signatures. 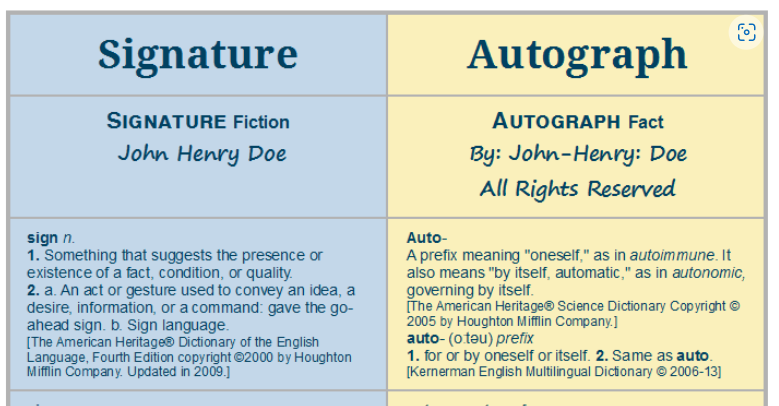 Be sure to autograph in a specific way, as the living man without joinder to the persona, with this approach or other approaches listed here:

Some people also do the following:

Dept of State does not request a notarized copy. If thou does use a notary, possibly add the note below, taken from this Notice of Understanding:

*** Use of a Notary is for attestation and verification purposes only and does not constitute a change in status or entrance into or acceptance of foreign jurisdiction. ***

In conclusion, there is a clear and simple way to apply for the port-pass without a social security number. Makes me think the number is not required in other situations…

Checking status of application – Ummm. No.

I recently called to check the status of a portpass application and they said I had to complete the online form to get a ‘locator number’. The form requires a social, but they said just enter all zeros, which makes sense considering the above.

However, I had been told by possibly David Straight to not use the online form because it requires a social and this could place me into their commercial jurisdiction or mis-characterize me as a U.S. citizen, employee or 14th amendment one.

So I didn’t complete the form. It seems off the people on the phone would require me to use the form when they could just ask for my family name and born date.

The form has a very long notice/disclosure list, that made me wary. All of the below simply to check the status of an application.

ROUTINE USES: This information may be disclosed to another domestic government agency, a private contractor, a foreign government agency, or to a private person or private employer in accordance with certain approved routine uses. The last four digits of your Social Security number are stored temporarily and are not used in any upstream applications. More information on the Routine Uses for the system can be found in System of Records Notices State-05, Overseas Citizens Services Records and Other Overseas Records, State-26, Passport Records, and the Department’s Prefatory Statement of Routine Uses.

Go to the center!

There’s no need to check the status of the portpass app if thou takes David Straight’s advice and go to one of their portpass centers. Go in the morning and get in within an hour or come back later.

This also pre-empts the need for them to send the portpass to the all caps name, which is not thee. Here is the list of centers in each of the union states.