Tax form says ‘individual’ means ‘sole-proprietor’. Individual is not a man. It means a company, an entity.

A tax form i came across revealed part of the deception about the tax on federal income.

The tax form, on a vendor site, lists ‘entity‘ options, and the first option in the list is “individual / sole proprietor”.

Hence, this likely means when IRS refers to an individual, IRS means a company of one. IRS does not mean a man. 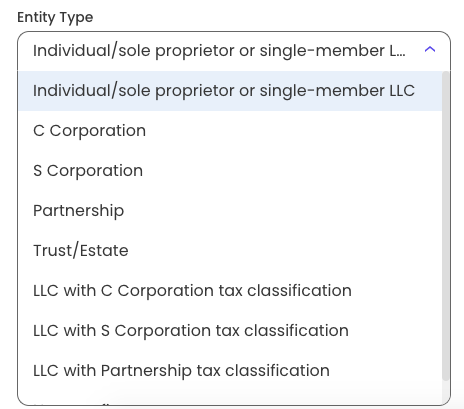 In addition, the entire field is called Entity Type, and entity is a business entity!

IRS pretends/presumes that we are all acting in commerce as one of their franchises, which is the FIRST LAST (all caps, joinder of given name and family name).

Further, then the 1040 form is for sole proprietors — usually their franchises, not men.

Most people should be using the 1040 NR, for non-resident aliens, because of their status, but I can see now, also because they are not operating as a sole-proprietor. The word alien at least implies a man, not a business entity, I think.