Personage means a ‘character is a literary work’. Meaning book characters cannot do cocaine! Men and women can it seems.

Personage is defined as “a character in a literary work” by the American Heritage Dictionary.

The word ‘person’ must mean the same or similar.

Person is a character. Could be a trust as well. But it’s definitely not a man or woman.

It would take a lot to convince me that person, which is the root of personage, which is defined as a fictional character, that it means a man.

Most statutes apply to persons not people.

Don’t be a character is someone else literary work. And don’t think all the statutes that apply to that character also apply to thee. 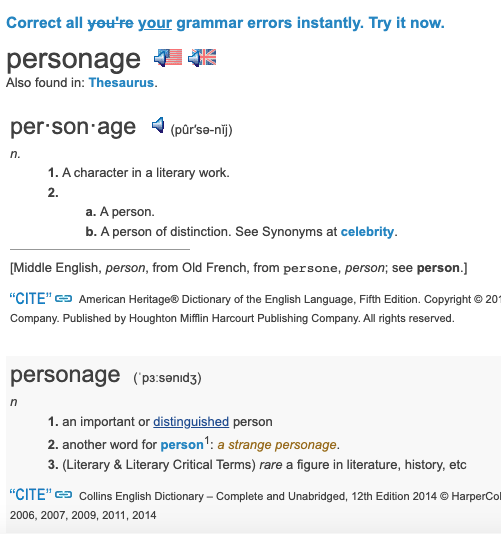 Also note in the definition above that personage is “another word for person”!!!

Even more odd, a search for the word ‘person’ in an online law dictionary, led to John Doe in the results. The definition for that term or phrase included this odd portion:

So the Romans had their fictitious personages in law proceedings, as Titius, Scius. cite

There is a six story obelisk in back of the white house so it’s safe to say the romans still are in charge. Flowing from that, are these court cases, they fool us into attending, really just fictitious? 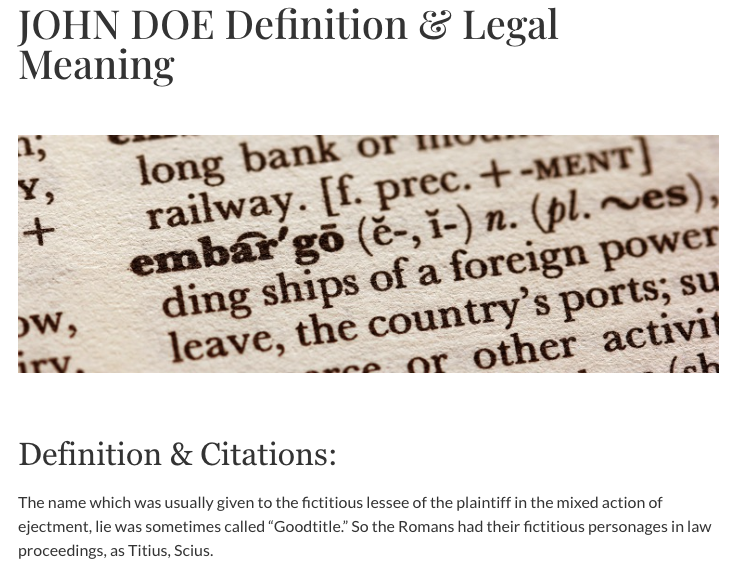 So let’s have some fun and read a legal statute substitute the word ‘person’ with ‘character in a literary work”:

4752. Drug dealing or possession; class B felony.
(a) Except as authorized by this chapter, it is unlawful for any character in a literary work to do any of the following:

(1) Manufacture, deliver, or possess with intent to manufacture or deliver a controlled substance in a Tier 3 quantity.

OK. Now I know. Books cannot have characters that use cocaine! LOL.