Legal. Lawful. Sharia. Many types of law or regulations. Which one applies to thee? Which one does thou want?

Each circle below represents a rules framework. We have been misled into thinking there is only legal vs illegal. When in fact there are many types of rules frameworks. We want to use and stay in the law of the land, the common law. 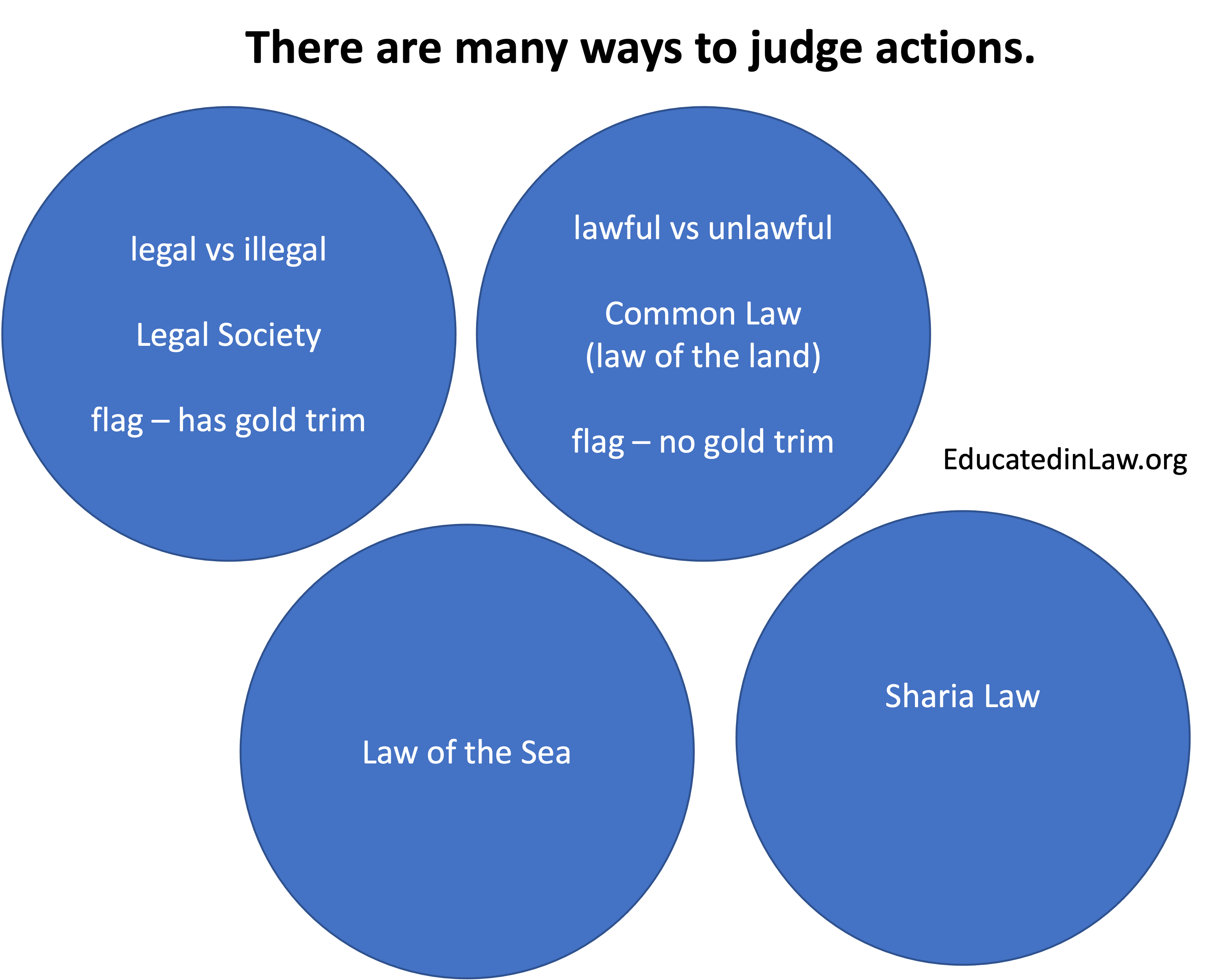 There may be something called the ‘legal society’ and they have rule that they call statutes and they have determined which things are legal (allowed) in their society and which actions are illegal (not allowed). It is voluntary to be in that society. Usually societies won’t allow people in unless they agree to the rules. One might even voluntarily accept punishment in that society, if it meant that when the punishment ends, the man or woman would be allowed back into the society. They say something might be ‘illegal’.

Separate from that, we have the law of the land, which is called common law. It’s quite simple. Don’t hurt anyone, don’t steal, don’t commit fraud, and don’t disturb the peace. Something could be lawful (allowed) and unlawful (not allowed. Some say something is against the law.

Like Veronica said, if a police/policy officer comes up to me and says something is illegal, they are assuming i am a part of the legal society or they are pretending we’re all on boats and part of the law of the sea. I calmly state that I am man and follow common law. I am not a person bound by statutes making things legal and illegal.