It’s been said that the Articles of Confederation are still law and that the Constitution is alongside them but does not replace them.

Why don’t we hear more about the Articles of Confederation? Well, a top google search page about New York History doesn’t even mention the document.

Their timeline simply jumps from the American Revolution to the Constitution. It doesn’t even mention when New York became a state, which one would think is an important part of New York History.

Because in the minds of the federal propaganda machine, New York is simply a part of –a region of– United States.

But of course, based on a honest comprehension of history and court cases, we know New York is a sovereign state and foreign to United States.

Here’s the deception by omission; no mention of when New York formally became a state and no mention of the Articles of Confederation. 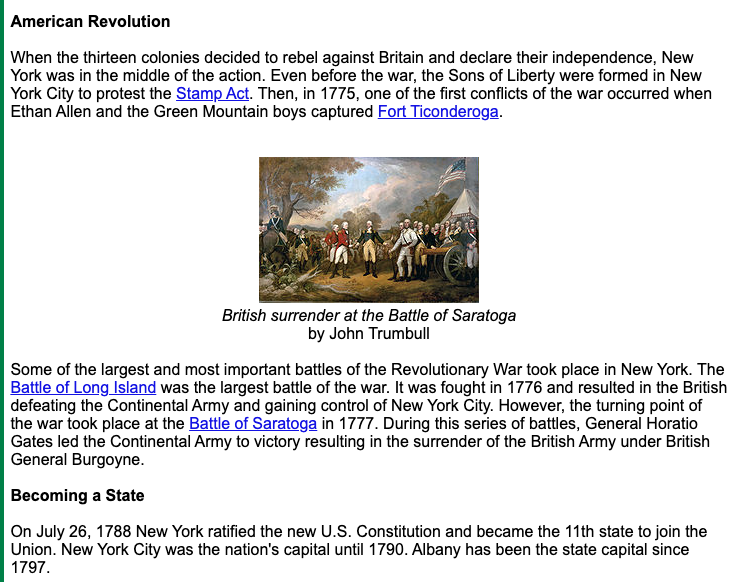 First result in this web search.