Essay from 2009 mentions mass genocide by a ‘vaccine’.

A gruesome essay posted before 2009 ends with a warning about a mass genocide by applying a deadly ‘vaccine’ for a fake pandemic. The article or book is called The Matrix and the Constitution. This is one of the top essays recommended by Yusuf El.

NOTE: This scientist revealed that the President and Congress are expected to order mass vaccinations for a fictitious swine flu pandemic in the fall of 2009 and that the vaccine to be used contains small amounts of bird guano, a substance known to cause serious illness and death, and in several tests killed the lab animals that were injected. This scientist suggested that most of the soldiers who have died in the Middle East conflict, have died from these vaccinations, but no one is talking!

NOTE: The people who have died of “swine flu” so far died because they were vaccinated with the vaccine that is planned to be given to the American population in the fall of 2009 and half of the World‟s population. The World Health Organization is expected to declare a pandemic and will request that President Obama and Congress order mandatory vaccinations in the United States. Anyone who refuses to take the “death vaccine” will be arrested as a Terrorist and will be committed into internment camps. As a Terrorist, no one is permitted a lawyer, a hearing or a judge, pursuant to the new Patriot Act passed by Congress after 911. The World Health Organization is owned by and is under the direction of the Rockefeller and Rothschild families. Do you now see the pattern unfolding?

NOTE: Police officers, Sheriff‟s Deputies, U. S. Military personnel and their families will not escape this mass genocide! All will be compelled to take the “death vaccine” right along with the rest of the general public. My guess is that the federal or state governments will install another police authority to replace our Police, Sheriff‟s Deputies and Military. My belief is that they will be using Army personnel of the USSR and China. These armies are now occupying former military bases in each state that were closed down under the guise of budget cuts. Fort Dix in New Jersey is now occupied by a battalion of the Russian Army. I don‟t know which bases are being occupied in the other states.

NOTE: One closed military base in each state, has also been converted into an “Internment Camp.” The Halliburton Corporation was hired by the federal government to modify each base and install maximum security buildings. Why would the United States require so many large Internment Camps? One camp should be sufficient. Because these camps are expected to receive thousands of innocent Americans who simply refuse to submit to the “death vaccine.”

NOTE: Homeland Security is in charge of these camps and, since 911, they have been training personnel to man these facilities. According to one informant, the personnel have been told that those committed into their custody are members of a home-grown terrorist organization suspected of inflicting biological warfare upon America. The innocent people shot or interned will be blamed for the planned mass genocide being committed by our own government leaders. The “want ads” in the newspapers and on the internet by Homeland Security, seeking to employ people to help fight Terrorism, are the jobs they are attempting to fill at these internment camps.

What I don‟t understand is why the members of the Press continue to follow orders by not reporting anything when, from what my group of Internet Researchers have been able to determine, only members of the Congress, the Bar, Federal Police and their families will be protected and exempt from these vaccinations. The members of the press will be forced to submit to this “death vaccine” the same as everyone else.

I think it’s pretty obvious there were not mass deaths from covid as Sweden functioned normally and did not have any type of lockdown. Plus, no issues in Africa. People who died and also had or did have covid were listed as death by covid since this got the hospital more money.

Read all of The Matrix and the Constitution

Also look up the eerie show called Utopia about…a deadly ‘vaccine’ introduced to cure a fake pandemic as a means to kill most of the world’s population. There’s a British and American version.

Note, I’ve read both versions are so gory they’re almost unwatchable. It’s odd that shows have so much torture and violence; completely unnecessary to make a point. 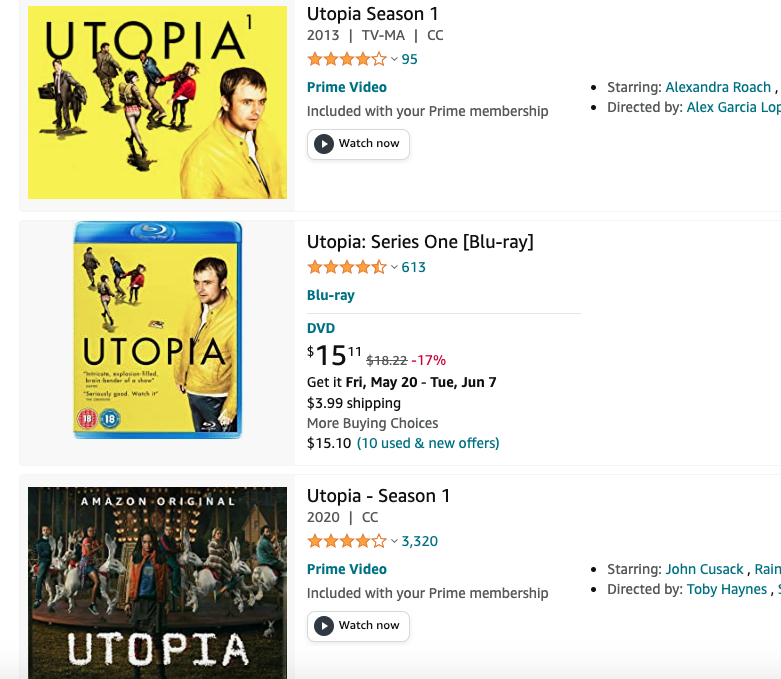 It’s worth noting that we all got bull-dozed by the dictators during the ‘pandemic’.

All their ‘orders’ only apply to federal land otherwise called United States.

All their ‘orders‘ only apply to U.S. citizens who are people who either live in the territories, federal enclaves within the American States, or are government employees.

Their ‘orders’ don’t likely apply to thee, as long as they knows thy status – which is that thou is a citizen of the State in which thou was born (not birthed).

Remember, in the famous Supreme Court case, Frank Brushaber was described as a citizen of New York and a non-resident alien (to United States).