Arrest warrant for a…ship. All warrants are for ships and their master/mister.

The legal process is all about business and ships, not flesh and blood men and women. Proof of this is shown below in this screenshot of a headline about a ship. There is an arrest warrant for the SHIP. Not for a man. 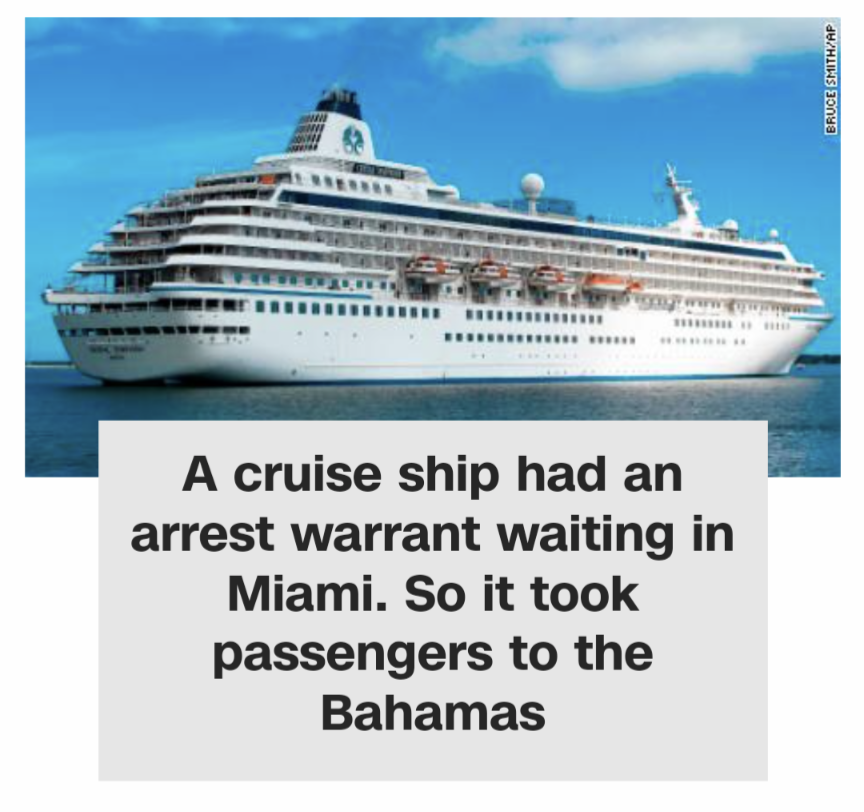 All arrest warrants are for ships.

And there is a man who thinks the name of that ship is his name. So when they tell the man they have a warrant for his arrest, he mistakenly pretends to be the master/mister of that ship and agrees to be taken into custody.

So if someone asks about thy name, they are asking for the name of thy ship. Do you have a ship? Are you the master of a ship? (Remember the movie Master and Commander — about the captain of a ship).

Once thou sees the matrix, it all becomes preposterous.

Is that my name? Of course I don’t have a ship so I have no idea if that is the name of a ship.

Here’s the story about that ship noted above.

The ship stuck in the panama canal last year was also arrested.