I have no idea why he would even have one. Why would Matthew McConaughey use a gold-trimmed flag in a video? Is there someone in the power-that-be going around speaking to budding politicians and telling them to use the gold-trimmed flag? Did he used to be in the military or does he have family members in the military? Because the gold-trimmed flag is a military/maritime flag. If a politician is speaking in front of it or if it hangs in a court room, then we’re not dealing with the civilian USofA. We’re dealing with a military tribunal with limited rights and, of course, no jury. Soldiers don’t get a jury. 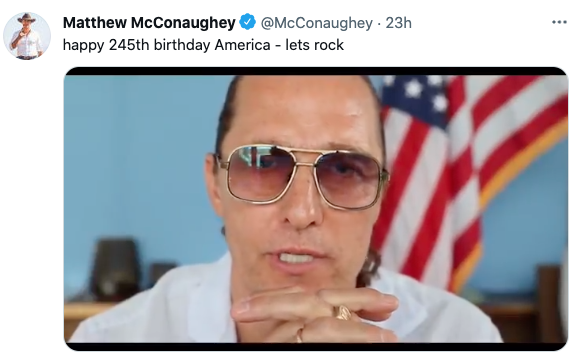