[ Update – A friend pointed out that the word ‘suspect’ implies guilt and should be replaced. I’d still like something better than a phrase that uses the word ‘person’ as that means persona and a corporation.]

More proof that the powers-that-be change the language to trick us is apparent in that the word ‘suspect‘ is being slowly replaced with ‘person of interest‘. See screen-grab below from recent police video.

A person is a persona is a company. It’s the mirror image of the man. It’s the business entity. The federal gov’t and it’s sub-entities (State of NJ rather than simple New Jersey) can only control what they create, so they create an ALL CAPS persona when a baby is born and trick people into acting on behalf of that persona, so the ‘State of’ or ‘County of’ can control the real man. Why else would we stop using a simple word like ‘suspect’???? 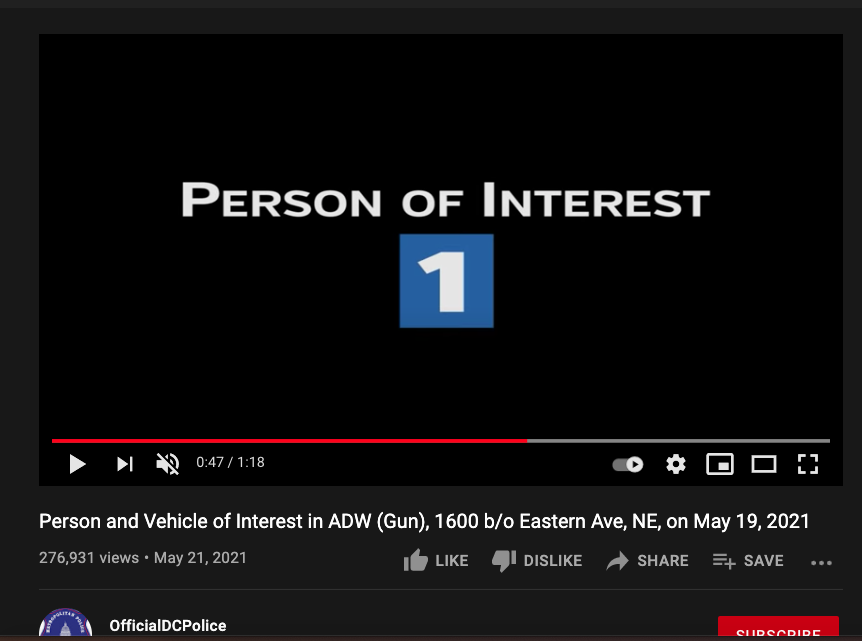 Thou is not a person. Thou is a man or a woman.

As far as plausible deniability, if any brought all this up, the parent corporation can’t be sued because they are explicitly telling us that they are prosecuting the persona, not the man. It’s only the stupid man who has mistakenly chosen to bear any punishment inflicted on the persona.