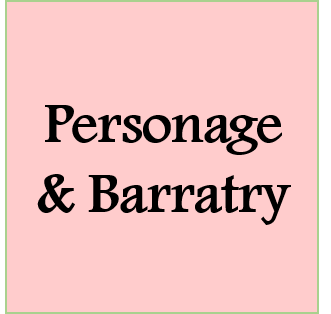 Added an article about personage and barratry, written by Anna von Reitz.

“It is a crime known as “personage”. By arbitrarily creating an Estate trust named after you and claiming to own this thing they created, they have falsely claimed to own you and your assets and to literally buy and sell “you” on stock exchanges, ship “you” out of ports, and tax “you”…

“Hand in hand with personage comes “barratry” — the crime of knowingly bringing false claims into court. So what happens every day all across America, when charges are brought against the ESTATES of “dead men” who are standing right in front of the judge and jury? Barratry — a crime that is appropriately named after the “Bar Association”.