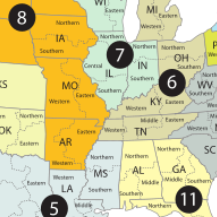 As far as I have read, the United States (meaning either the federated services corporation or the District of Columbia) has overlayed judicial districts upon the continental States of America. Residents and citizens of the United States technically live in these districts, not the landed states. These districts I believe began after the ‘Civil War’ in that the federal government divided up the South into military districts. Eventually, districts were applied to all other states in the union.

(d) Citizens and residents outside the United States

Citizens or residents of the United States either live in a judicial district or the District of Columbia (yet another ‘district’!). There is no mention of one of the 50 states in the union. 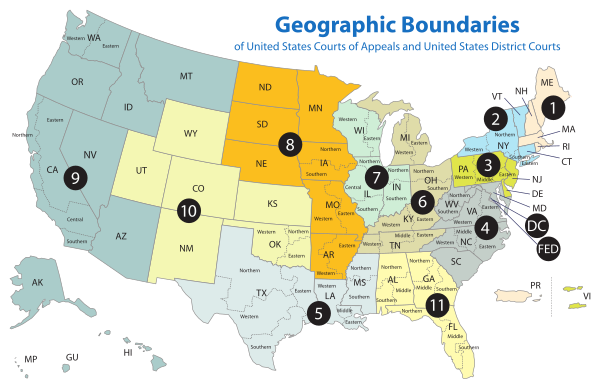